First Painting Day for a While 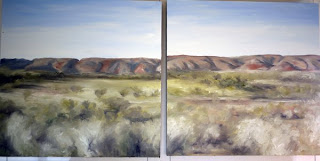 And quite productive too (I had wondered if the mad sprint before the exhibition would have left me inspirationless, but it's amazing how another deadline gets, if not the juices flowing, the paintbrush moving.  I've started a few bits and pieces . . . 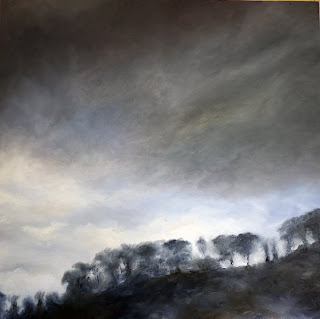 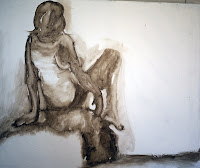 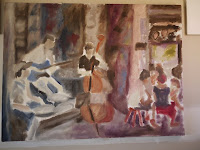 but the main work's been on the Alice Prize piece, which went from . . . 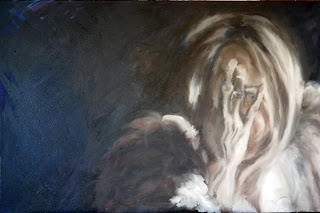 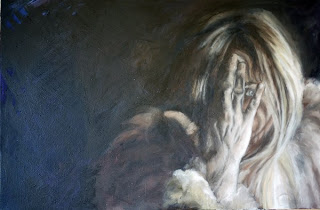 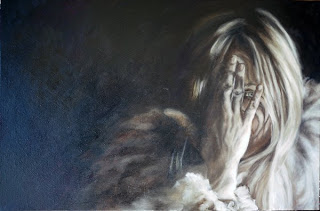 It's not finished yet (thumb is the major thing that needs work) but I'm now confident I'll get it polished off in another day (and I've got two days next weekend . . . what luxury!).  Have been casting around for a name (nothing as denotative springs to mind as it did for the other two, frames: windows and frames: curtains, so current working title is a bit more off the wall - frames: seasonal adjustment; staying with the same idea (of the way we frame what we look at also frames us) but taking it out of space and putting time element in to the framing . . . ummm . . . she has one solo and now she's talkin' all arty-farty . . . (guess it had to happen sooner or later)
Posted by alstrangeways at 11:59 PM 2 comments:

Yay; it's into its third week now, and sold almost a third of its value on the opening weekend; I've still been painting but not at quite the same rate.  Had to finish three last weekend for the Studio 12 hang and am working on the third of the 'framed' self-portraits for the Alice Prize, which needs a catalogue shot by next weekend . . . but I'm still enjoying the glow from my first 'solo'. 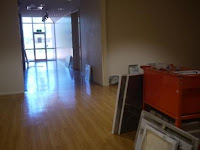 So this is where it all began: three days of wrapping and transporting the pictures to the gallery.  It's called 'bump in' which sounded a bit ominous, given my clumsiness and the vulnerability of the boards (which tend to scratch much more easily than canvas), but all was well. 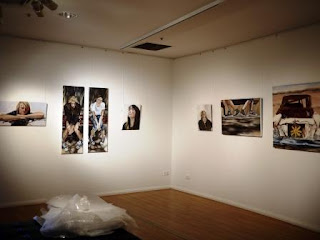 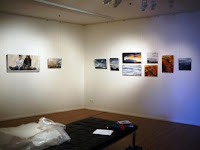 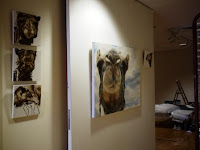 With a considerable amount of help from Kate, the curator at Araluen, the pictures started looking like they belonged together on the walls . . .


. . . and then it was simply a matter of the lst minute jobs, putting the catalogue numbers out, and, ah yes, signing a painting I'd forgotten to do. 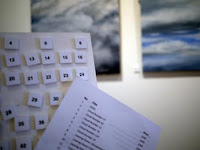 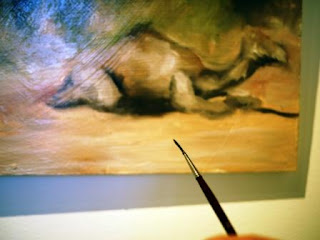 Opening night was great.  If a bit of a blur. 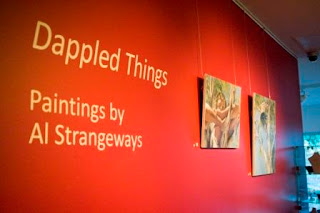 
Dugald did a wonderful opening speech.

And then there was the general milling around . . . 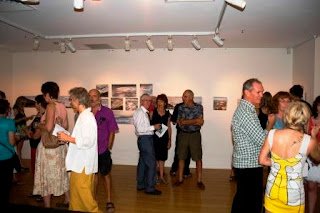 And even some looking at the art. 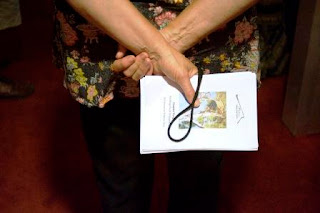 
Posted by alstrangeways at 1:53 AM No comments: 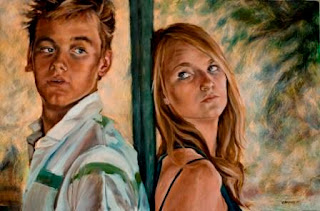 This was the double portait I was alluding to in the last couple of months, but couldn't post as it was a surprise birthday present for the sitters' mother.
Posted by alstrangeways at 1:29 AM No comments: