The Last of the Wrecks 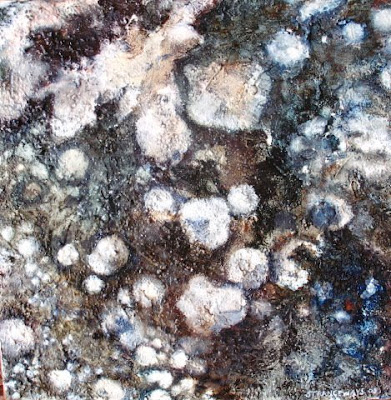 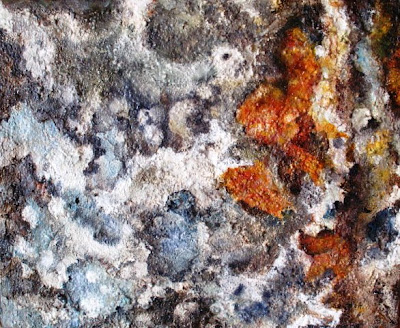 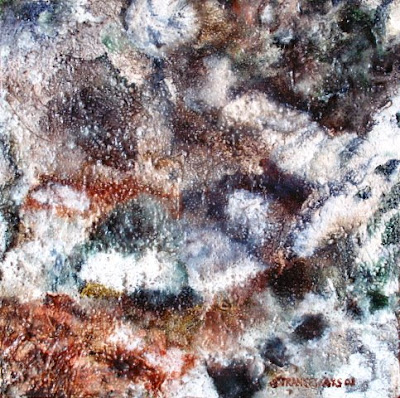 Rust I: Oil on Linen

Bye bye wrecks series: it was great doing them and no doubt I'll return to the subject when new wrecks appear on the clay pans behind our block . . . some kind of mixed media thing seems quite appealing.

These last are some close up 'interpretations' of some wonderful patches of rust on various parts of the bodywork of one burnt out car. I played with a textured surface (sand and modelling compound) and then with various kinds of glazes, the most exciting being the very liquid one that just did its own thing when it hit the canvas (these were all painted horizontally rather than on an easel, so got some good puddly effects).
Posted by alstrangeways at 1:13 AM No comments: