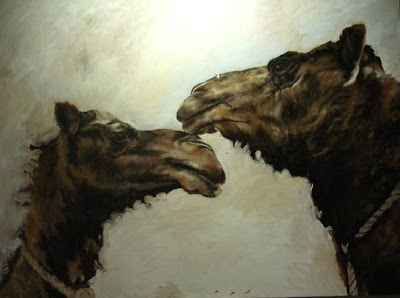 Yup, forgot what I've just spent today working on . . . it's quite big and must first two camel portrait (these chaps are from Pyndan Camel Farm, just down the road, as Frontier Camel Farm has closed) 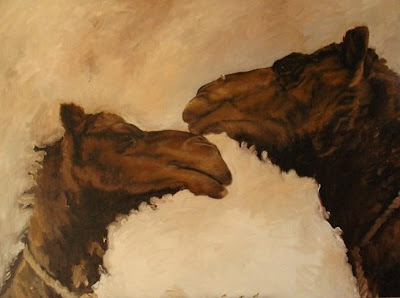 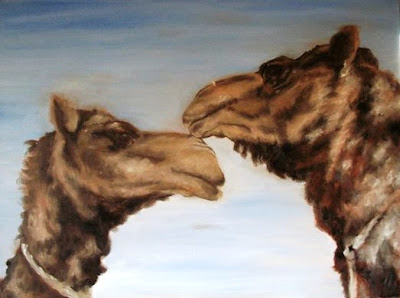 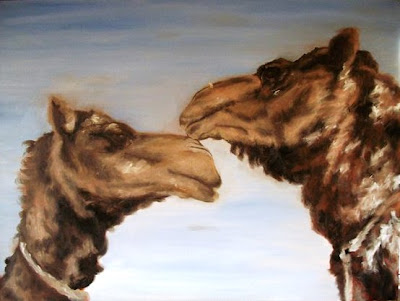 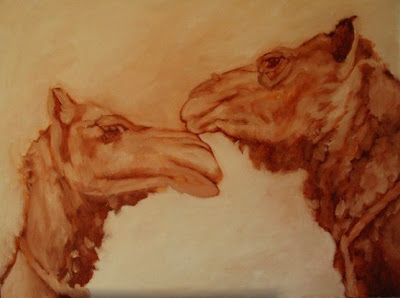 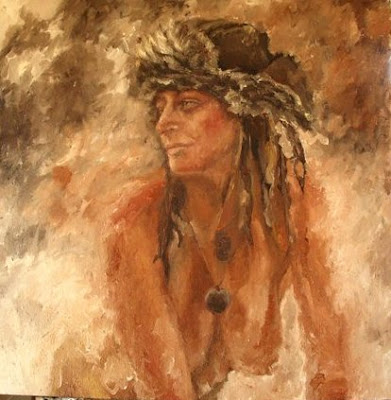 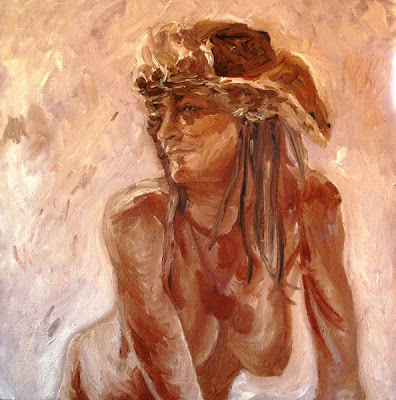 Posted by alstrangeways at 3:04 AM No comments: 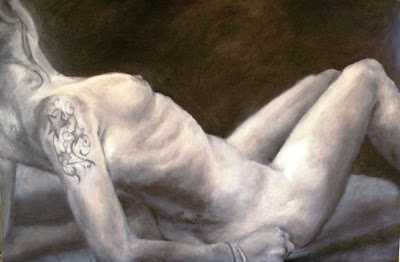 . . . various things coming up, apart from the Senior Territorian, just to keep me locked in the studio. Studio 12 are having a group exhibiton in a commercial gallery, so I'm trying to finish some new work for that. Pressure's on a bit too, as they're producing a proper catalogue and contacting their city gallery counterparts, so I want to have stuff I'm really pleased with for this . . .

Also, had to do a 25cm square picture (of anything) for an S12 marketing thing at the time of the Alice arts festival in September . . .

And we're re-hanging in less than a month, so I need new stuff for then . . . 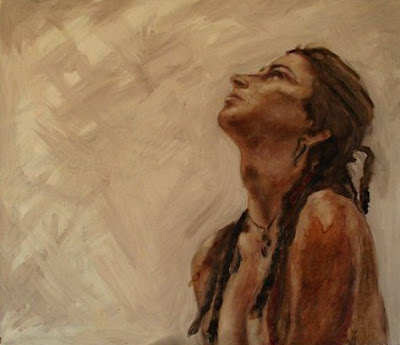 This is the same girl as the portrait in the last but one blog . . . and the top pic is the girl from the brown recling nude in the same blog. This pose was the last of the life drawing session a couple of weeks ago, and even as a full length pose it's great, but thought I'd have a go just with a portrait again. I really like the light and the structure of her neck and chin in this, and it's got 'story' (whatever that means . . . ) 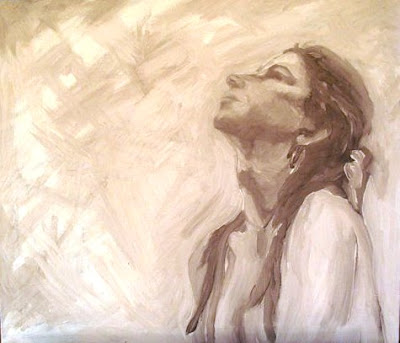 These two are the 25cm square S12 promo pic. The eye was easy, the buckle a nightmare . . . still not completely happy with it in the finished version, but it had to do.

This next one is from a v old set of pics I've gradually been coming back to (including the pastel of the 'sad kid' and the 'kid with bowl' long thin oil from a year or so back). I'd tried to play around with a blobbier style (see the middle version) but came back to something a bit smoother. Just need to tidy up the hands a bit and then this is done. 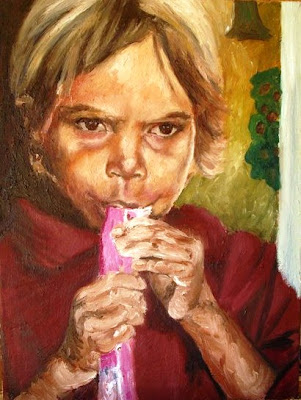 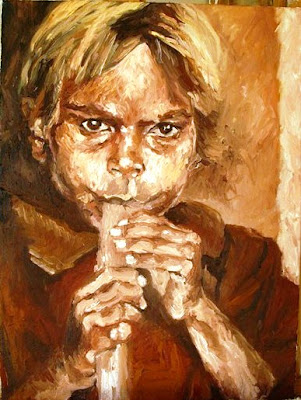 This was from a pic taken when the river ran, and we watched the kids mucking about by the causeway. I'm going to have some fun trying to get the swirling water looking like water and not some kind of brown explosion I think.

Posted by alstrangeways at 2:47 AM No comments: 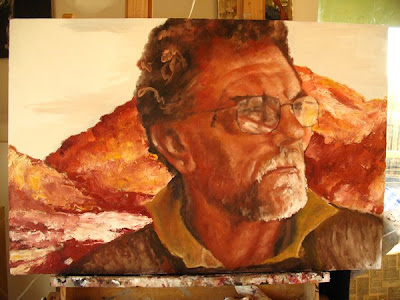